The first round of investment in the micro credit scheme for small farmers in Ashanti, Ghana was very successful indeed. 115 farmers participated. They produced 63,000 additional kilo’s of rice, beans and groundnuts and are paying back the entire credit (see details).

As this micro credit scheme is working very well, the farmer collective wants to achieve three further objectives by April 2021:

1. Increase the number of participating farmers from 115 to 200.
2. Train a number of farmers in the production of rice seeds.
3. Buy a threshing machine.

The attainment of these objectives requires an additional investment of 20,000 Euros.

We kindly request our donors to contribute to reaching these goals. Donate here.

In July 2020, REDCAPA provided credit for the equivalent of € 17,800. € 8,100 was spent on material inputs (seeds, fertilizer and agrochemicals) while € 9,700 were invested in additional support. While the crops unfortunately suffered drought, the credit still resulted in the production of an estimated 50,000 kg of rice, 8,000 kg of beans and 5,000 kg of groundnuts for a total of 63,000 kg. Measured against the investment in inputs, the production was almost 8 kg per Euro.

By March 4th, € 15,000 was paid back by the farmers. (It is expected that soon almost 100% will be refunded.) At this moment however, the sunk costs of the scheme constitute € 2,800, which would implicate that some 22 kg are produced per Euro.

In April, WFP had inspired us to start a microcredit project for small farmers in Ghana. In 1.5 months we received generous donations and invested Euro 25K in the production of rice, beans and peas. All 115 participating farmers planted and -thanks to the rains- all crops are standing tall (Nov 16th).

By December, we hope to have added 200,000 kilo’s of food. We hope to go for expansion and institutionalization of this international cooperation when the next sowing season is due early 2021.

Food is likely to become scarce and expensive, leading to deep suffering and death of the poorest. 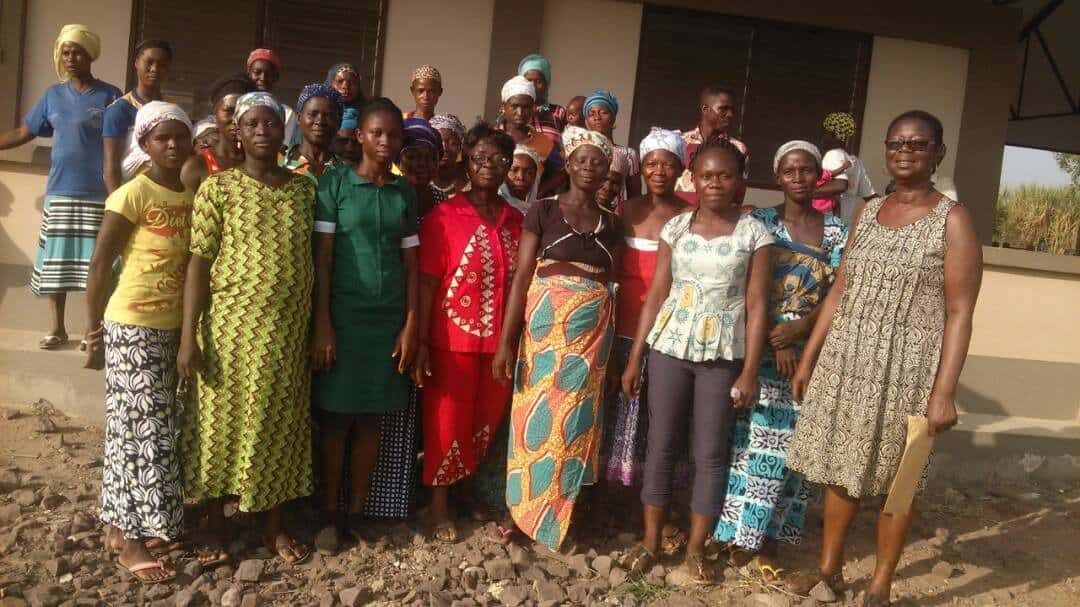 By making a donation today you will help raise the number of participating farmers, help educating the farmers in the production of rice seeds and provide farm equipment such as an threshing machine.